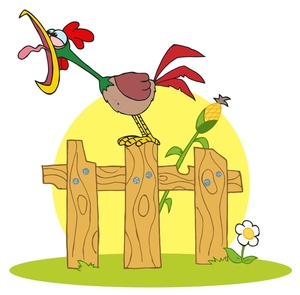 No, its not what you think. Cock-a-Leekie, believe it or not, is a soup of Scottish origin made with leeks and chicken. It is referred to as Scotland’s “national soup.” Think of asopao in Puerto Rican cooking, udon in Japanese cuisine, or good old chicken soup in America. According to the New York Times Food Encyclopedia, the dish most likely originated in France, where it was initially made with onions. By the 16th century it had reached Scotland, and the onions had been replaced with leeks. How the name “cock-a-leekie” came about? No one knows. But tell any Scotsman or woman about cock-a-leekie, and their eyes will sparkle.

Let me add that in some recipes, prunes are added to the soup. I’ve never added prunes. Also, I add onions to to my recipe, which I acquired years ago. I also add garlic since I’m a garlic freak. This soup goes great with a hearty ale (I prefer an IPA or India Pale Ale) and some good crusty bread.

1. Truss the chicken if you prefer. Add it to large pot or kettle, and add the neck, if used, and giblets. Add the water, salt, pepper, bay leaf, parsley and carrot. Bring to a boil and simmer, skimming the surface often to remove scum and foam, for 20 minutes.
2. Add the leeks, onion, garlic and rice, and continue simmering 20 minutes longer. Remove and discard the parsley and bay leaf.
3. Remove the chicken and giblets. Now, you can either serve the soup, without the chicken, as a first course; and serve the chicken later, carved as a main course. Or you can serve the cut-up chicken in bowls with the soup.
Yield: 4 to 6 servings.