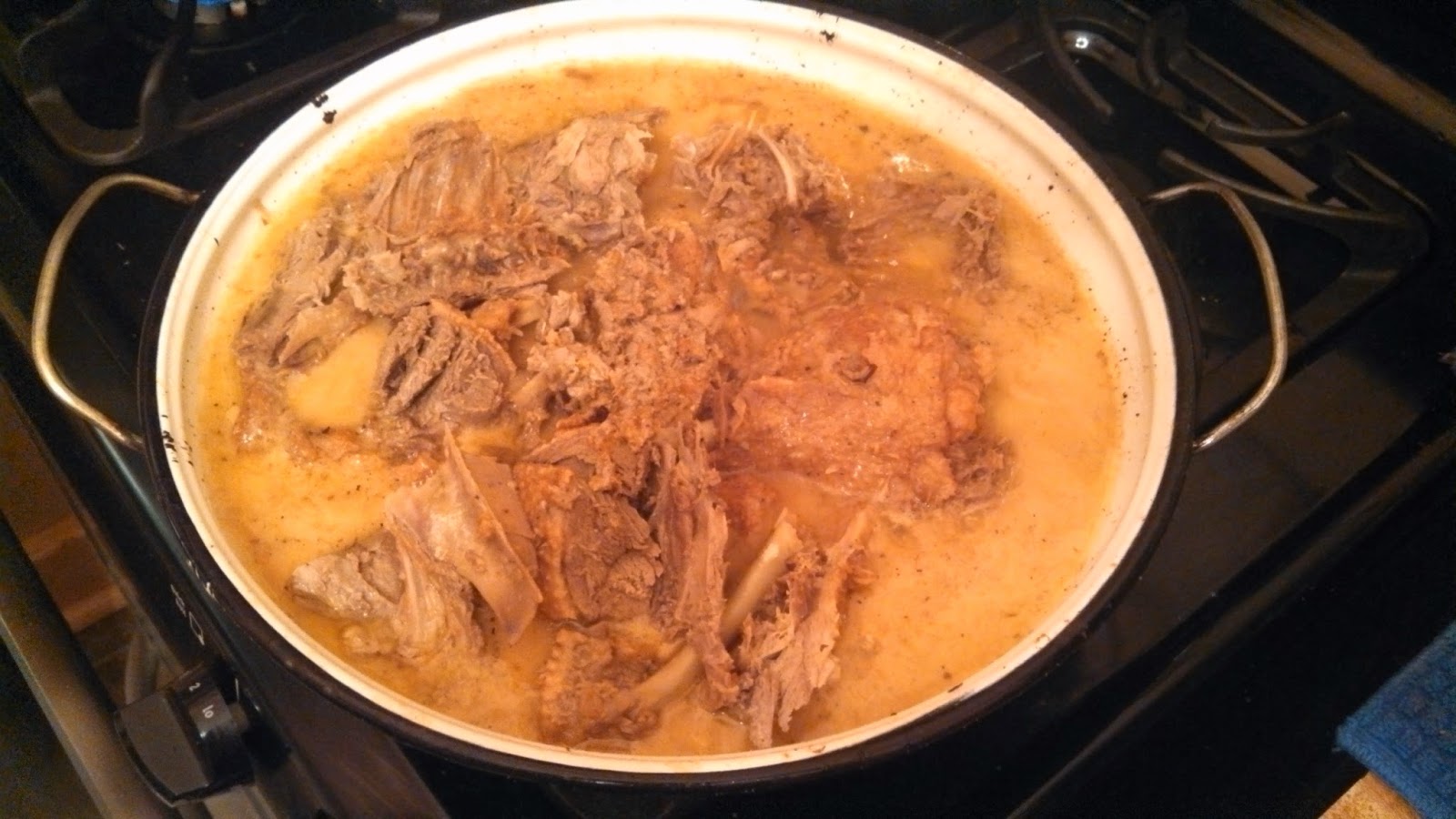 I’ve been a fan of Middle Eastern cuisine for a long while. I grew up with typical Caribbean fare; but once my horizons expanded, food from the Middle East, inclusive of Israeli cooking, became among my favorites. This includes dishes from Lebanon. And one of the modern favorites from this land is duck cooked with orange juice. Now, you’re probably thinking of the French duck a l’orange. Some say that  this Lebanese dish owes its inspiration to its French counterpart. Or, perhaps the opposite is true. Maybe the French version owes its genesis to the Lebanese version. I honestly don’t know. But I do know that this Lebanese treat is easier to prepare than canard a l’orange, and it is just as tasty.Served with Lebanese style rice, it makes for a great Middle Eastern dinner. Think of it this way, this is your time to impress family and loved ones with a unique repast—the Oooh’s and the Aaah’s will be worth it.

1. Wash the duck under cold running water and pat dry with paper towels.
2. Heat butter over medium heat in a pan large enough to hold the duck, and fry the onion until soft and translucent.
3. Brown the duck in the same fat used to cook the onions, turning it occasionally to brown it all over.
4. Add the orange juice along with the salt and pepper. Cover, lower heat and simmer for about 1 hour. If the liquid starts to dissipate, you may add a ladleful of water from time to time, and turning the duck occasionally.
5. Remove the duck from the pan and let it cool. Cut into serving pieces and return to the pan. Continue to simmer the duck until it is very tender and had fully absorbed the flavor of the orange juice. Serve sprinkled with the parsley.

What I discovered is that rice cooked the Lebanese way is very similar to the way we cook rice in our house. Only difference is that we add olive oil instead of butter while the rice is cooking.

2 cups long grain rice
4 cups water (if you prefer a drier type of rice with individual grains then make it 1 1/4 cup water for
each cup of rice).
Salt to taste
4-6 tablespoons butter

1. Place the water, salt and butter in a pot or saucepan and bring to a boil.
2. Add the rice and boil vigorously for 2 minutes. Lower heat, cover tightly and simmer for 20 minutes. Do not disturb, let it simmer until the rice is tender. You know it’s done when little holes appear on the surface of the rice—and never stir while it’s cooking.
3. Turn off heat and allow the rice to rest for another 10 minutes before serving.
Yield: 4 to 6 servings.