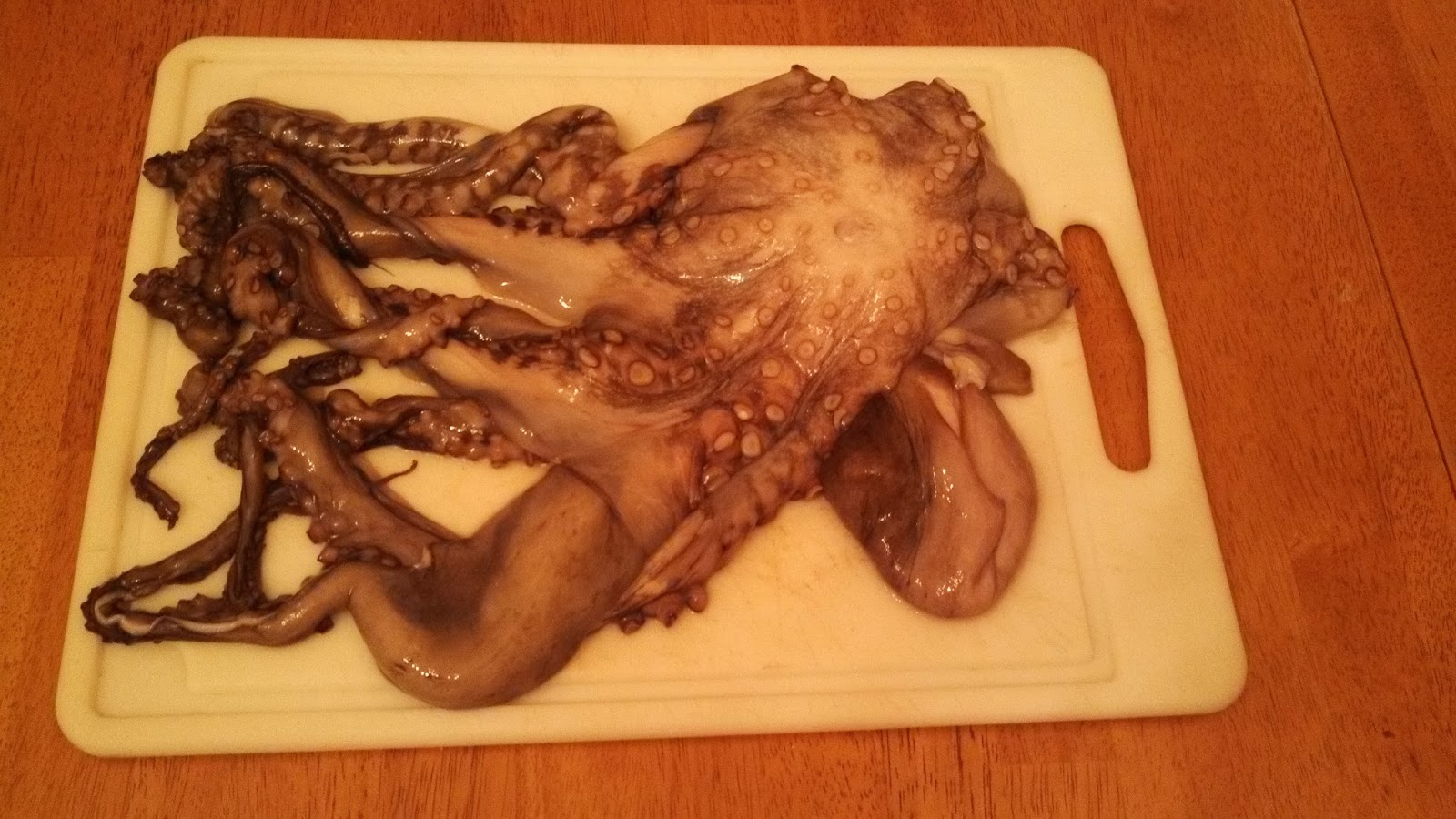 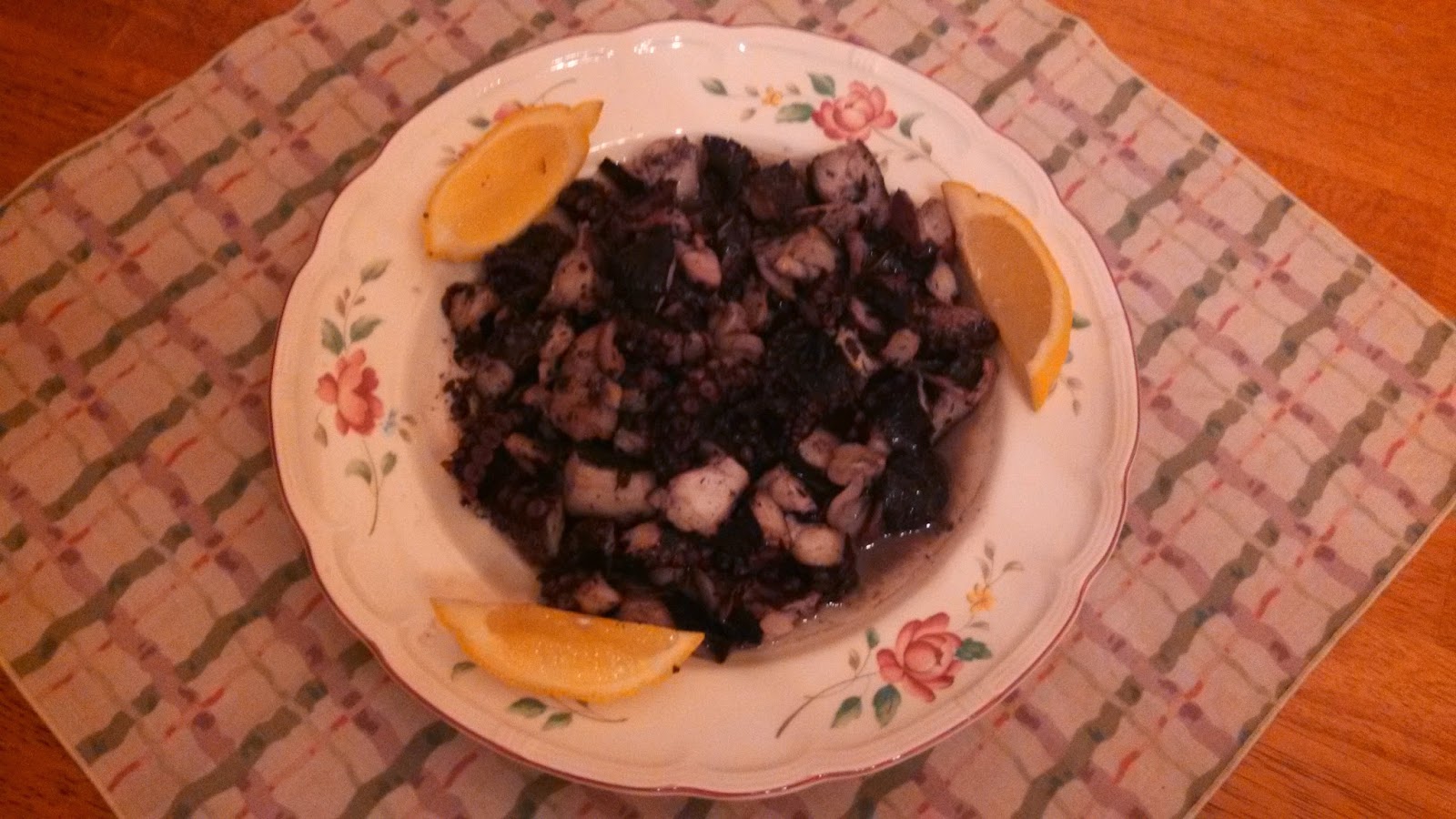 We Puerto Ricans love Octopus. The favored way of preparing it is in octopus salad, where the cooked and
sliced octopus is combined with herbs, garlic and onions and served over steamed rice or in sandwiches—that’s right, octopus sandwiches. Don’t knock it till you try it. In the Mediterranean they’ve been preparing octopus for over a thousand years. The following recipe is grilled octopus – Greek style. It’s innovative in that the octopus is cooked in its own liquid with a wine cork added (supposedly to help in the reduction of the liquid).

I like this recipe because it minimizes the cooking time. The problem with octopus is that if it’s cooked too long it becomes rubbery. In my experience it should have minimal boiling, otherwise you’ll be chewing on rubber. This recipe can be prepared on a grill or, my favorite, seared in  skillet and then served. Either way gives you a great, tasty dish. Served over steamed white rice, it’s a memorable meal.