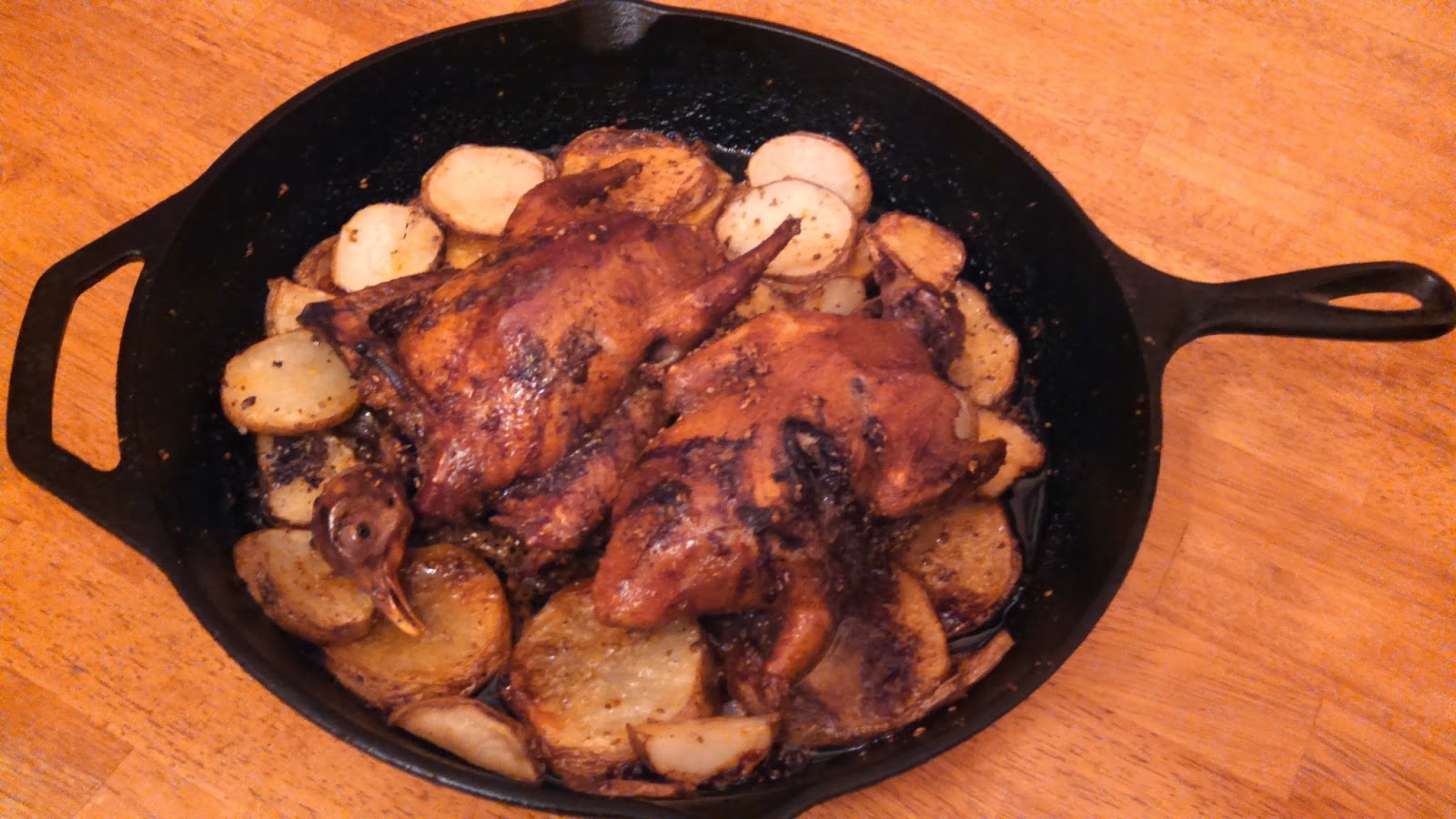 In general, most of us out there seldom if ever cook squab. It’s one of those (as my father would say) “rare bird dishes.” In a way it might go back to our culinary habits. Throughout history squab was considered a dish of the more wealthy and upper classes. Well, I don’t come from the wealthy or upper classes, and I love the suckers. Squab has a moist, tender and richer taste than most game birds. Its dark meat and fatty skin gives a milder flavor than other game poultry. And it can be found these days in most Asian, Middle Eastern or specialty food stores. I get my squab in New York’s Chinatown.

Squab has a long culinary history. It was popular in Ancient Egypt, Ancient Rome and Medieval Europe where domesticated pigeons were consumed. That’s what squab is: a young domesticated pigeon, usually about a month old. Recipes for squab go back back a long ways. In the 4th century Roman cookbook, Apicius, there is a recipe for roasted squab in a sweet and sour sauce. The well-to-do Romans did know how to live.

In cooking squab it should be remembered that due to their delicacy and size, it normally takes half the time to cook than it does chicken or other poultry. To maximize its taste it should be served medium-rare. I cook squab in what I call Boricua Style, that is,  the Puerto Rican way. I season it as my mother would season any game bird for roasting, using the herbs and condiments popular to our cuisine. It calls for crushing the condiments in a mortar. This device, either wood or metal, and native to our cooking, can be found in any Asian or Caribbean store. Even with the use of a mortar, the recipe is easy and no-fuss. With a good bottle of red wine, it can’t be beat.

4 cloves garlic, peeled
12 whole peppercorns
Salt to taste
1 tablespoon dried oregano
2 tablespoons red wine vinegar
1/2 cup olive oil
1. Preheat oven to 450 degrees F.
2. Rinse squabs, inside and out, under cold running water. Pat dry with paper towels.
3. Place the garlic, peppercorns, salt and oregano into a mortar and pound until crushed. Rub the squabs, inside and out with the seasoning.
4. Place the birds in a shallow roasting pan (I prefer cast-iron). Drizzle with the vinegar, and pour in the olive oil to coat the squabs. Place in oven and bake 15-20 minutes (an instant-read thermometer inserted in the breast should read 145 degrees F.) Remove from oven and let rest 5 minutes before serving.
Yield: 4 servings.