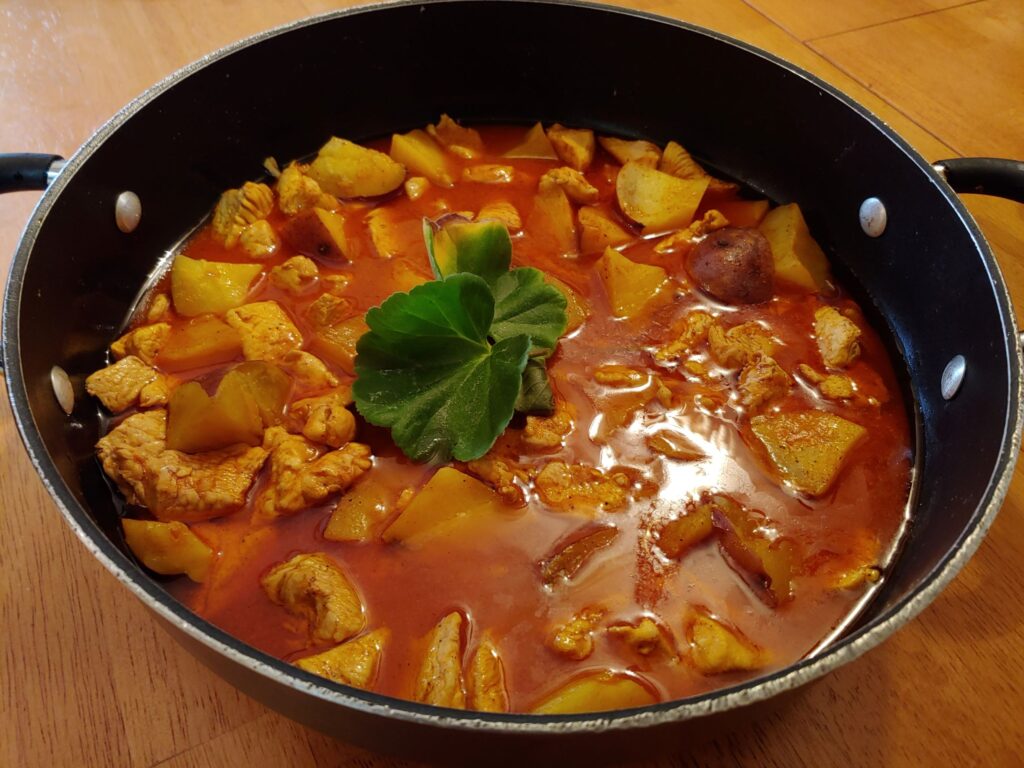 It was in my young manhood that I first encountered a dish called Ragoût. When I saw it on the menu I pronounced it “rag-OUT.” It shows how far I’ve come in my culinary knowledge. Whatever you call it, the French categorize it as well-seasoned meat and vegetables cooked in a thick sauce. In essence, a  main-dish stew. Now, the Italians have their own thing, ragù, which  is a class of Italian pasta sauces made with ground or minced meat, vegetables, and occasionally, tomatoes.

Today’s dish follows the French pattern, though it’s a Lebanese dish,  Yakhnet Dajaj (Chicken Ragout in our vernacular.) For full disclosure, this is  from one of my favorite cookbooks, Lebanese Delights by Raymonda Khoury Naaman. It’s a compendium that features the art of Lebanese cuisine in all its glory. The recipe is a ragout unlike any I’ve ever encountered. It has cinnamon as an ingredient, and it gives the dish a unique taste and flavor. Rice is normally served as the accompaniment to this dish. 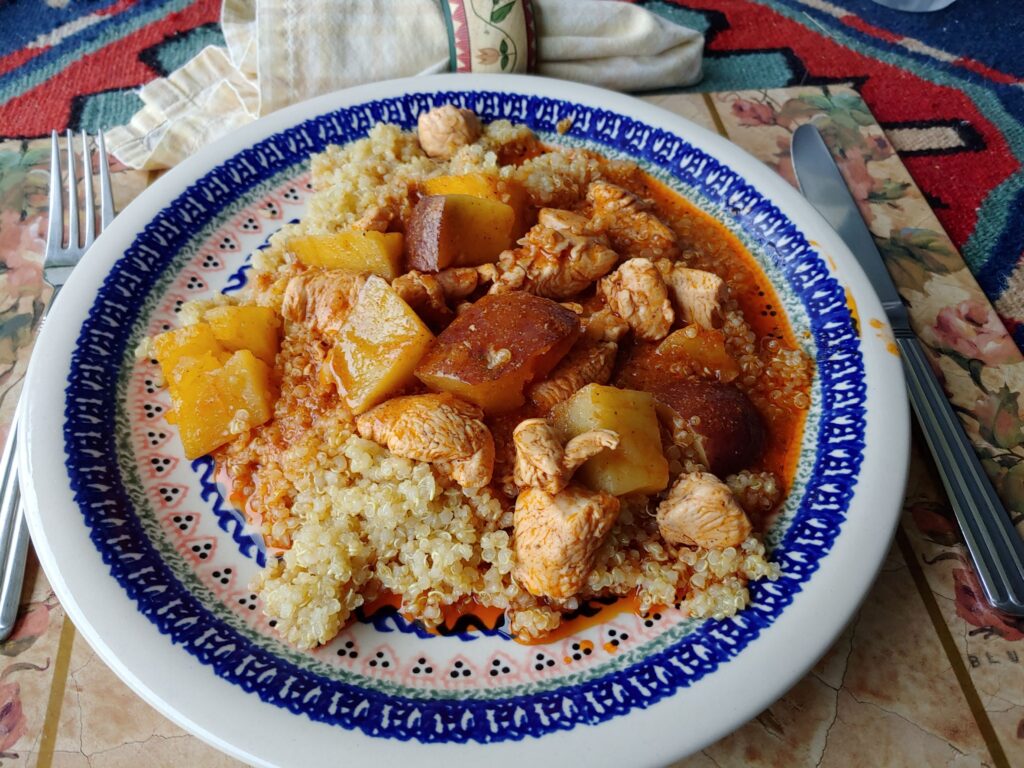 Rinse and cut the chicken breast into medium cubes.

Peel and rinse the potatoes, then cut them into medium cubes

Sautee the potato cubes in 1 tbsp. of butter.

Place the fried chicken in a cooking pot, add the potato cubes, the sliced tomatoes, the tomato paste (dissolved in half a cup of cold water) and the remaining water.  Boil until the chicken is done (about 25 minutes).